Rioja is to Spain what Napa is to the US, it's by far the most important wine appellation, and though many great wines are produced in other D.Os, for centuries great quality Spanish wines came from only two places: Rioja and Jerez/Sherry.

Rioja is located to the north east of Madrid, and south of the Basque country. This wine appellation or as we say in Spanish” Denominación de Origen Calificada”, covers three provinces, part of Navarra in the South, part of the Basque Country (Alava) in the north and the province of Rioja itself. All the vineyards are located along both sides of the Ebro River, plus you also have the influence of the Cantabrian Mountains (Sierras) in the north creating special conditions ideal to grow vines. 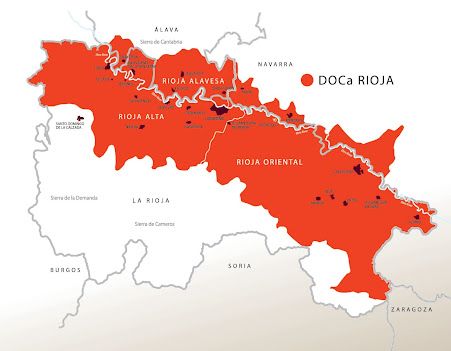 Rioja is divided into 3 subzones, Rioja Alavesa and Alta to the north and Rioja Baja or Oriental to the south. Soils are different in each subzone, they are mostly clay, and limestone in the north and clay and alluvial in the south. The climate varies too, being much cooler in the north where the influence of the Atlantic Ocean is felt, while in the south (Rioja Baja) is warmer, almost Mediterranean and with less rain. Altitude plays a very important role here, with most of the vineyards planted between 300-600 m or up to almost 2,000 feet. I strongly believe that this special combination of limestone soils, altitude and the Atlantic influence is what gives Rioja wines their unbelievable elegance. 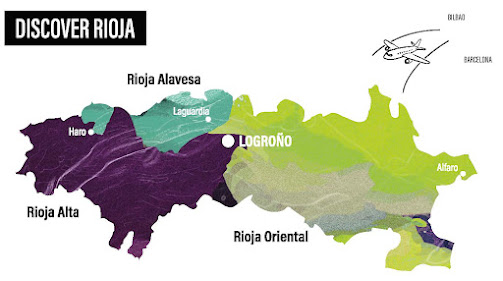 Something very particular of Rioja is that it was inspired and founded by the Bordelais that flew from France after oidium and phylloxera devastated the French vineyards. The Bordeaux influence is easy to see, since most Rioja wines are blends like in Bordeaux. In the case of reds, these are mostly made from Tempranillo (the most important grape of Spain) with small percentages of Mazuelo, Graciano, Maturana and Garnacha (Grenache). Some wineries are also allowed the addition of Cabernet Sauvignon to their blends, resulting in more structured reds, such as the Marqués de Riscal Baron de Chirel.
The whites are mostly blends of Viura with Malvasía, but other white varieties are also allowed: Tempranillo Blanco, Sauvignon Blanc, Verdejo, Garnacha Blanca, Chardonnay and Torrontes. Rioja also produces very affordable and juicy Rosados (rosés), which are made mostly of Garnacha or Tempranillo.

Yet, the core of Rioja is their great quality reds. The other important Bordelais influence is the aging that each wine undergoes by law. Riojas have been traditionally aged, since the very beginning, when Manuel Quintano in 1780 began maturing all wines in oak. On those days, the aging happened in large oak casks but later producers switched to small bordelais barriques (225L). The difference is that in Rioja, wines are usually aged for longer periods of time, as we may see below, while in Bordeaux most wines are aged for an average of 2-3 years before release.

These periods of aging are just the minimum by law, in fact most wineries age their wines for much longer, making Rioja wines, the longest aged wines before release produced in the world. I strongly recommend you to try old Gran Reservas and to compare the same wine with recent releases, to see the difference. You will see how the wine evolves, the longer it stays on the bottle, developing earthy, savory notes of dry tobacco, leather, ink and forest floor.
Once upon a time, Rioja producers' favorite oak was American, the typical coconut notes of this oak matched beautifully with the red fruits provided by Tempranillo and was a given clue when tasting these wines blind, but in the last 20 years or so more and more Rioja is aged in Slovakian and French oak. It's not unusual to see cooperies in the wineries, since many Rioja producers buy their own oak but make and toast the barrels themselves, another great example of their dedication and craft.

Stylistically, the Joven and Crianza wines are everyday reds, easy to drink, full of fruit (dark cherry, plum come to mind) and balanced tannins. Reservas are what I call “a happy medium”, made usually with fruit from better plots and with a longer aging, they will have more body than any Crianza, more complexity and a delicious spiciness (vanilla, cloves, cinnamon, etc). Finally you have the Gran Reservas, the bigger and better of all 3, made only in the best vintages, with fruit from the best plots, all the extra aging both in oak and bottle, will add layers of aromas and flavors that come for reductive aging.
In 2018, and following the example of Burgundy, Rioja started to classify their vineyards according to their location. The wines can be now divided into Vino de Zona, (zone wines produced in all Rioja), Vino de Municipio (wines produced in certain villages) and Viñedo Singular (or single vineyards, these wines are also produced from old vines: 35 years + old). In 1991, Rioja was the first appellation in Spain to receive the "calificada" denomination, meaning the quality of their wines are above any other produced in Spain. It is very similar to the Italian DOCG. In Spain, only two regions have received this honor: Rioja and Priorat.

As you may see, it's easy to find something for everyone in Rioja, plus Rioja wines are really affordable, most Riojas Reservas start at $20, Gran Reservas at $35 and up, if you do just Crianza, considered the entry level, you can find something at $14 and up. The quality of the wines is something out of this world! Mostly because Tempranillo is such a versatile grape, it can give lighter to medium body reds that are easy to drink and refreshing, but also beefy reds that will blow your mind. Plus, these wines can age and most of this aging happens at the winery, so when you buy a bottle, the wine is ready to be enjoyed, there’s no need for you to wait/ cellar your wine, like you do with Barolo or any Napa Cab. All this extra aging develops aromas and flavors that are so enticing! Magic indeed happens inside the bottles. So, are you ready to taste some Riojas? 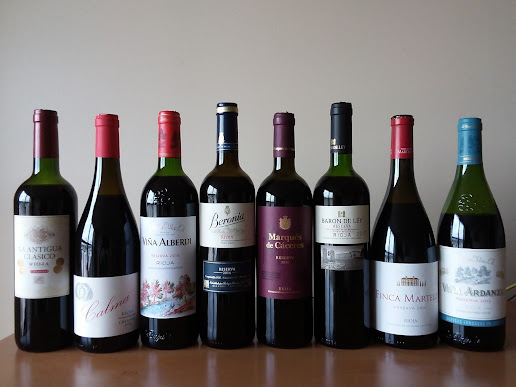 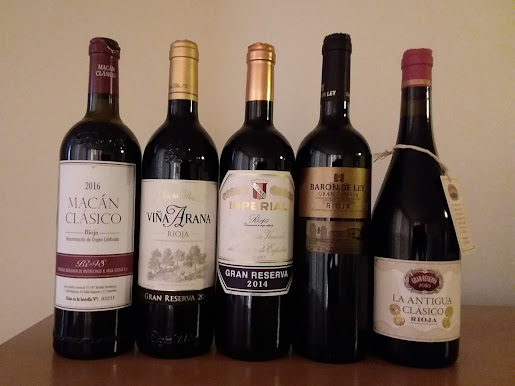