Syrah or Shiraz? Are they two different grapes? NOPE, it’s the same grape. But it is called Syrah in France, where it thrives in the Rhone (both northern and southern appellations) and it’s Shiraz in Australia and in most of the New World. 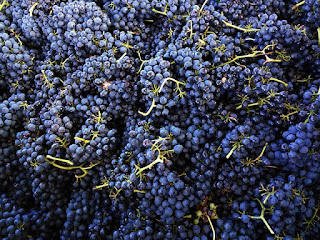 Originally from the Rhone Valley, Syrah/ Shiraz is a cross from two French parents Dureza (Ardeche) and Mondeuse Blanche (Savoie) and produces some of the biggest, fullest wines with high tannin and a deep purple color.
In the Northern Rhone it reaches unbelievable elegance at appellations such as Côte-Rôtie, Hermitage and Cornas. Further south in Châteauneuf du Pape is usually blended with other grapes such as Grenache.

It was imported by the Huguenots to South Africa and from there it was transferred to Australia, where it is sold as a varietal as well as in blends with Grenache and Cabernet Sauvignon. The huge success of the Australians, was the result of many attempts to grow vines in their warm climate. Shiraz is perfect, since it needs plenty of sun.  In Australia is also used to make sparkling and fortified wines. Barossa and Hunter Valley are some of the best known appellations for Shiraz.

Syrah/Shiraz likes warm climates,  budding late but ripening early to mid season, in the Northern Rhone is usually planted on top of south facing hills on granitic soils that keep the heat. Here the climate is continental with cold winters and hot summers, kind of marginal for the grape, so it needs good exposition. In Australia is often planted in hotter zones (Barossa, Hunter Valley), though in Coonawarra and Victoria (where is cooler) we can find some samples closer to the French style. Best samples come from old vines.
Like Cabernet Sauvignon, Syrah/Shiraz has thick skins that provides even more color and tannin. Yields are usually low in France (40/45 hlt/hl) and higher in the New World (up to 100 hl/ht). Suitable for long macerations, Syrah/Shiraz is usually aged in French oak (Rhone) and American oak or blends of both in Australia.
There are two different styles, New World versions are softer, fruitier and riper than Old World ones, featuring higher alcohol, plenty of black fruits, chocolate and spice.  In the Northern Rhone is blended with white varieties such as Viognier, Marsanne and Roussanne. In France, its flavor profile will feature smoke, herbs, minerals,white pepper, flowers and more acidity. When in a label you see Syrah, that means the wine will tend to copy the French style, but if you see Shiraz, the  wine will be closer to the Australian/ New World fruit forward style.

The flavor profile of Shiraz/ Syrah will show black fruits aromatics such as: blueberry, black plums,mulberries, black pepper, black olives, game, coffee and spices. With age leather, smoke, roasted meats, bacon. This wine has enough structure and tannin to age for a long time. Most samples can be drunk for up to 15 years, but best samples for much more (up to 30 years).

Besides the Northern Rhone and Australia, there are planting of Shiraz/ Syrah in America: Washington, California (Santa Barbara, Paso Robles, Mount  Veeder), Argentina and Chile. 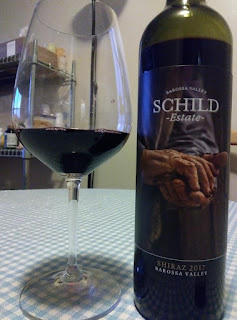