The French say that every great wine is born in the vineyards and that is the result of good viticulture and vinification practices used to express their terroir.

But what is terroir? And isn’t it the same as soil? And the answer is NO.

Soil is just one element in the concept of terroir, and indeed a very important one. But terroir is not just the soil, terroir is a bigger concept that includes soil, climate and their relationship with the grape varieties. Of course, this is a very simple definition of terroir, since there are many factors that must be considered; for example, climate includes not only the mesoclimate (climate patterns of the vineyard but also the microclimate, climate of the vine), and let’s not forget the weather that changes every year, and hence the importance of vintages, varying according to the amount of sun the vines receive, the amount of rain, humidity, winds, frost, etc.

The concept of soil includes several things, among them, its texture, its capacity to hold water, its structural and mineral components of both the topsoil and subsoil, its altitude, the steepness/ inclination of the slope, its ability to retain heat and to aid ripening, and how both climate and soil relate to the grape varieties, since each variety has different needs; some do better in cooler and sunnier weather, while others need extreme heat and very little rain.

Terroir is, in a way, how these three elements interact, which will eventually lead us to conclude that no vineyard site was created equal, and that there might be differences, even within a vineyard. Terroir is also the basis of the French Appellation d'Origine Contrôlée system, created to protect origin as well as wine typicity. 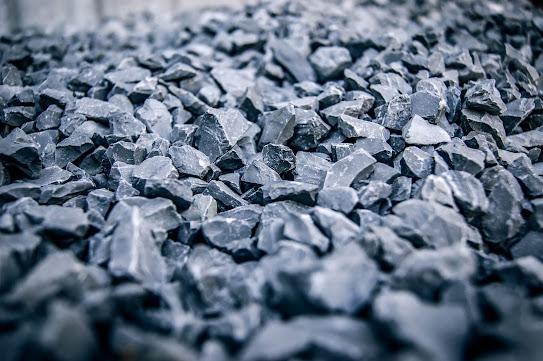 Beautiful shot of stony soils that aid ripening by reflecting the heat they receive from the sun.

In the New World, the concept of terroir is not so important, New World countries worry more about climate. Soon they realized that copying the styles of the French was not always so easy.  For example, comparing latitudes between both hemispheres didn't yield the same results, and this is because the northern hemisphere is warmer than the southern, in part because its mass of land is bigger, but also due to the influence of the gulf stream.

New World wine growers have definitely, more freedom to choose where to plant, but they need to find the right spot and then make an effort to keep the balance. Each vine grower knows that they need to work with nature, in order to get all of the goodness that nature is capable of giving. On the other hand, in the Old World, the concept of terroir reigns, and wine growers throughout history dedicated a lot of time to find out why certain vineyards give better wines than others, and how someone could or could not duplicate this phenomenon.

Regarding soils, and specifically those dedicated to viticulture, there are some common factors that can aid the wine grower to get optimal fruit ripeness:

Now, every time I write about an appellation, I indicate the contribution of its soils in the style of the wine and how it affects the final product. Of course, the anti-terroirists usually would say that the wine is the result of winemaking and that nobody can taste the soil in the glass. But I disagree, certain wine flavors come from the soils, such as the smoke present in the wines of the Mosel (from slate rich soils), or minerality present in the wine of Priorat (from llicorella soils) and for this reason only, I listed some of the most important soils below and what they provide to the wines we’ve grown to love so much.

Until the next one, Cheers! Silvina